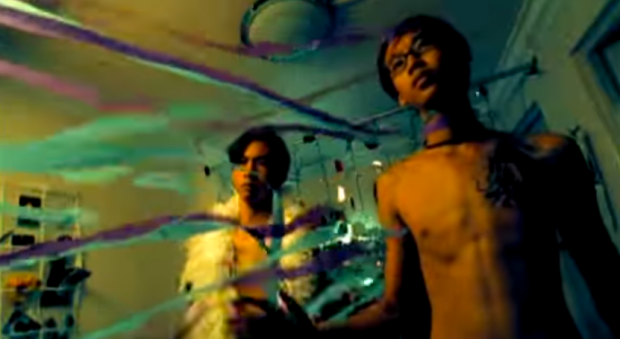 15: The Movie began life as an acclaimed 25-minute short film, and in some respects it might have worked better in that format; its relentless stylistic idiosyncrasies – music video sequences, video game graphics and frequent use of text on screen – making for a refreshingly original and often amusing experience.  The feature’s sidestep into a longer parallel narrative, on the other hand, gets a little wearying: while it retains much of the first section’s energy and creativity, this second chapter does start to drag, inevitably repeating the same (to be fair, genuinely interesting) points about the desire for connection that lurks beneath the bravado and sexual nihilism of many young men.

The point at which the film stops being fun will vary for different viewers. For some, it might be the sudden bursts of gang violence or scenes of the protagonists obnoxiously harassing random members of the public; for me, it’s a sequence in which one of the teenagers attempts to force a plastic bag full of contraband down his throat in a public toilet, gagging and crying throughout. It’s like something out of a Tsai Ming-liang film, and probably a better advertisement against drug smuggling than any punishment the Singaporean government could come up with.