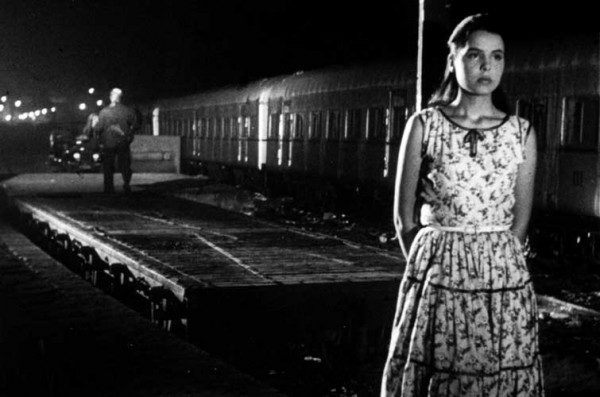 Since my teenage years, I’ve had a passion for film – particularly those films emerging from outside the Hollywood mainstream. And yet, for all my declared interest in world cinema, my tastes have been fairly predictable in their own way. A cursory look at the country-of-origin column in my list of favourite films will show that I’m seeing a lot of work from Europe and North America, a little from Asia and scarcely anything from Africa or Latin America.

I decided to look into this further, and found that at the beginning of 2017 I had only seen films from 53 countries (58 if you include former countries such as Yugoslavia, Czechoslovakia and the USSR), barely over a quarter of the independent states currently in existence.

Of course, it is nearly inevitable that one’s experience of world cinema will tend to centre on Europe and parts of Asia; these are places with a long and rich cinematic history, where, for much of the last 100 years, resources have been available to foster prolific commercial and state-sponsored film production. Other parts of the world have not always had this privilege, and some have had no functioning industry to speak of.

All the same, an exclusive European focus is a necessarily limited one. Despite the economic constraints and distribution challenges faced by film artists around the world, a great deal of beautiful and valuable cinema has emerged from less-travelled parts of the cinematic map, whether it be Mexican director Carlos Reygadas’s Post Tenebras Lux, Atom Egoyan’s Armenian–Canadian co-production Calendar or works by Senegalese auteurs Ousmane Sembène and Djibril Diop Mambéty like Xala and Hyenas. And those are just films that I’ve already seen; I’m sure that there are many great titles that I am still yet to discover.

With that in mind, I’ve decided to embark on an ambitious project: to devote 2017 to watching films from 50 countries* I’ve never seen anything from before, and to review each of them here in this blog. I’ve endeavoured to pick films with a broad range of genres and approaches; whether it be experimental films, festival award-winners, action movies, classic musicals or camp horror and sci-fi. While some of the films I’ll be writing about will be extremely hard-to-find, I hope that readers will be able to hunt them down for themselves. Most of all, I hope that this will expand the reader’s own cinematic boundaries and inspire them to venture beyond the European arthouse mainstream.

*Given the large amount of international co-productions around, especially nowadays, it’s not always simple (or even possible) to assign a particular film to a specific country of origin. For my purposes, a film can be reasonably assigned to a country if it fulfils two or more of the following criteria: 1) it is filmed within the country in question; 2) the director is a citizen of that country; or 3) at least one of the film companies responsible for the production of the film is based in that country.